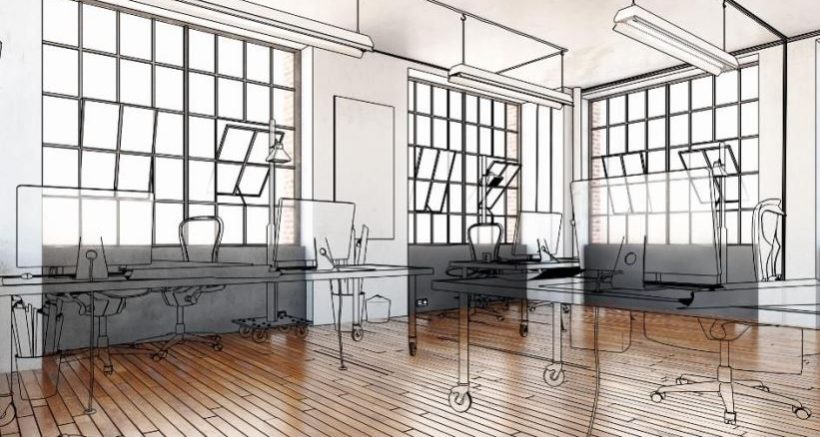 Open office floorplans have become trendy over the past several years. Driven by the tech industry and other “new economy” sectors, such layouts were developed to enhance worker collaboration, creativity and job satisfaction, with the ultimate goal of improving worker productivity – all while reducing real estate occupancy costs.

With such lofty ideals attributed to open floorplans, it makes sense for today’s conventional office tenants and landlords to join this trend – right? Perhaps not, as a recent study from Harvard Business School determined that open floorplans actually contribute to a decline in cognitive focus and worker productivity. Both visual and auditory distractions have been shown not only to decrease productivity, but also to increase worker stress and frustration. Other studies have shown that open floorplans actually decrease face-to-face interactions, as workers strive to find privacy via the increased use of headphones, electronic messaging, etc.

Of course interpersonal interaction via an open floorplan will, at times, produce ideas or solutions that may not have otherwise come to light; but at what cost? How much value did each person who abandoned their own projects actually add to the new project, and how much was lost on their assigned projects?

The open office concept may be a trend that has reached its peak in many markets. While the premise of the concept is indeed attractive, jumping in without careful thought could be penny-wise and pound-foolish.